As the kittens grew and became independent of their mother, my own mother made an executive decision where they were concerned...it was time for them to go to good homes of their own.

There is much ado about which animal makes for a better companion, but the one thing I know for certain is that personality has a lot to do with which animal suits you best. I don’t have the expertise to give you the scientific break down of why people prefer a cat to a dog or a dog to a cat but what I can do is offer my own insight into my love affair with cats. In order to do that, I guess I must go back to the very beginning.

Picture it: Canton, Ohio 1977. It’s summer, the air is warm and the wind is slight. The family cat, Buttercup, who happens to be the master of her own destiny with her wild displays of the happy hunter and her disappearing acts for days on end, has bedded down to give birth to her litter. I was just four years old at the time, but I still remember the excitement in the air. To us, babies meant that we would each have our own kitten and as it turned out we did, but I being the youngest, got two.

Oh, the fun we had with our little babies. Once they were old enough to begin playing we would drag race them down the upstairs hallway. Trust me, it was much more loving than it sounds. My nine-year-old sister was the Gestapo of the kittens and she made certain each and every kitten was treated with the utmost love and tenderness.

As the kittens grew and became independent of their mother, my own mother made an executive decision where they were concerned…it was time for them to go to good homes of their own. Our kitten ownership was revoked and we were devastated. She also decided a fertile cat was probably not the best idea for our already large family so it was time for Buttercup to find her way into another good home as well. Though I understand her decision, having to give up both my kittens and my cat had a lasting effect on me and throughout the rest of my childhood, I never gave cats another thought.

Fast forward to 1992. To make a long story short, a college friend had two cats and they reminded me of the joy and pleasure that cats can bring. They brought back fond memories of Buttercup, her precious kittens and the way I felt when they curled up next to me to sleep. I knew at that point that someday I would be sharing my home with a cat, or two. In 1998, I rescued my first kitten and I’ve been in love ever since.

So why do I love cats so much? For me, cats symbolize independence, strength, and love. They know what they want and they’ll do anything they have to to get it including (but not limited to); rubbing all over your legs, looking longingly into your eyes, licking your face, head butting you, wailing and if none of that works…climbing your body. Buts cats are more than that, cats (like many companion animals) are loyal, they love you for who you are no matter whether you are good or bad as long as you treat them with respect. Cats are innocent and when the compliment you, you know it!

So here it is 2015 and I share my life with four cats, or I guess I should say, they share their lives with me. It’s a love affair, I could have an endless number of cats but I want each one to feel special and never feel left out. I want to be able to show them how much I love them without any of us being overwhelmed, so four is the limit. I have been rescued by all my cats and I couldn’t have hand-picked better cats, they are all truly wonderful.

So are cats or dogs better? I really just do not know, but I do know that it’s a little silly to fight about it as all animals are special. Every person’s companion animal means something different to them but hey, this my story and this is what my cats mean to me.

So, how about you? Cats or Dogs? Let us know in the comments! 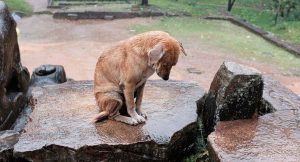